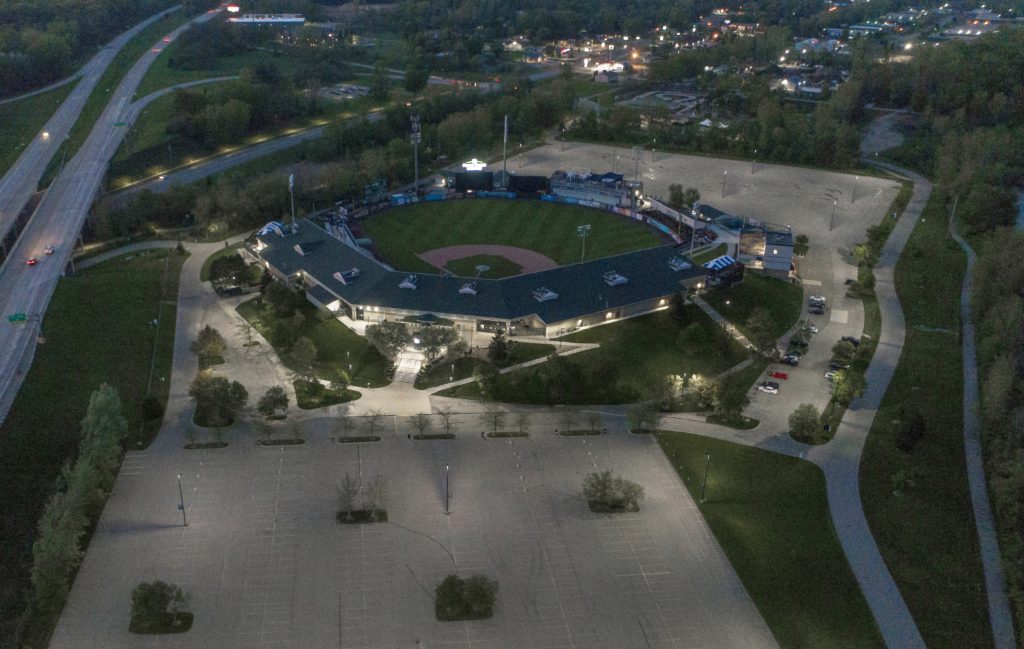 Fifth Third Ballpark, home of the West Michigan Whitecaps, makes the switch to XtraLight™ LED lighting to create a first-class impression for their fans and improve the overall lighting experience.

The Fifth Third Ballpark, located in Comstock Park, Michigan, has been a local fan-favorite venue since opening in 1994. With a seating capacity of 11,000 and hosting almost 200 live events a year, this ballpark has been a staple of the community for sporting and live entertainment events.

Over the years, officials with Fifth Third Ballpark have worked tirelessly to help improve the fans’ experience and to create an environment that gives the warm feeling of being “at home” while in attendance. A new initiative to improve this experience even further was updating the outdoor lighting in and around the parking lots surrounding the stadium. The primary objective was to improve the overall light levels in the parking lots by eliminating the warm “orange glow” while increasing energy savings in the process.

The antiquated outdoor lighting system included 1000-watt high-pressure sodium fixtures. In addition to the maintenance being unpredictable, the deteriorating appearance of the fixtures were a stark contrast from the beautiful ballpark architecture. Most importantly, the light levels in many of the areas were inconsistent, or even non-existent, as the fixtures approached their end of life. During evening games or events this ultimately caused a heightened safety concern for visitors in attendance.

Our new site lighting has exceeded our expectations. This was a great investment to improve light levels while saving significant energy & maintenance expenses. Teaming up with XtraLight was a great choice and we appreciate what this new lighting has done to support our patrons who visit our stadium.

After completing an extensive on-site lighting assessment and evaluating other manufacturer products, it was determined that the best solution would feature the Viento LED Outdoor Area & Site luminaires from XtraLight.

Over the course of the project, 32 Viento LED luminaires were installed using existing poles on the property. The Viento sets the stage for the next generation of illumination performance for site and area lighting applications. Masterfully engineered, the Viento was designed specifically to leverage the optical and thermal characteristics unique to LED technology. By utilizing the proprietary optics and available lighting controls, it would create a consistent light level through each of the parking lots when necessary. Not only did it eliminate the undesired “orange glow” of old high-pressure sodium fixtures, but it significantly reduced the ballpark’s overall energy consumption. 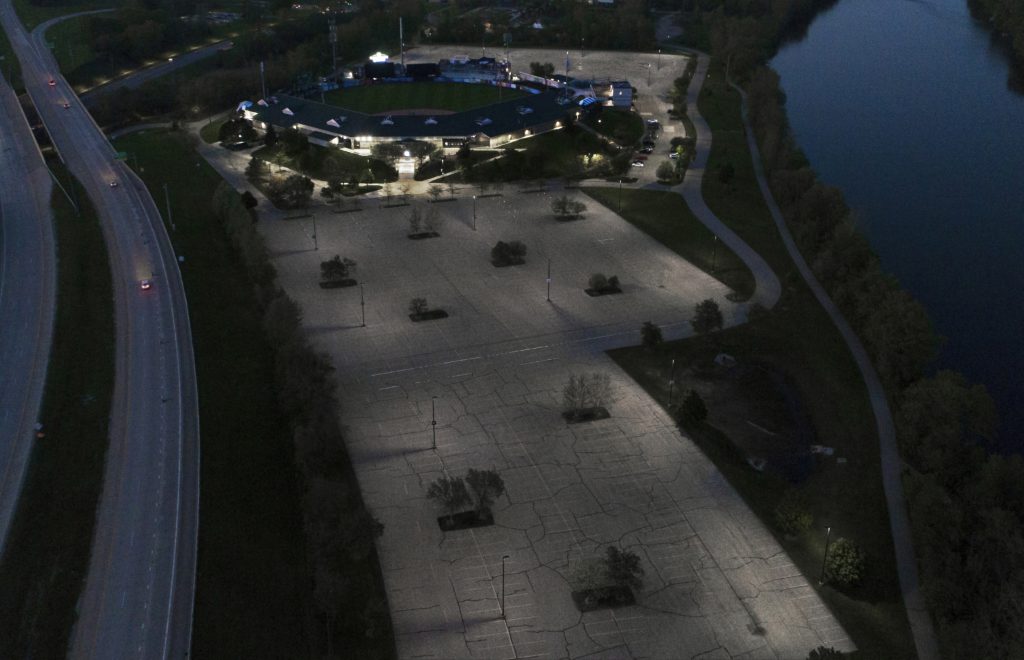 With all the new lighting installed, it’s dramatically increased visibility and improved the curb appeal at night. With the confidence of having new XtraLight LED lights backed by a 10 year warranty, Fifth Third Ballpark knows it will continue to provide a safer environment for future visitors and current employees for many years to come. The new LED lighting solution has reduced overall energy consumption by 23,600W – resulting in a 70 percent energy savings. With the amount of savings achieved and eligible lighting controls installed, the overall energy rebate back to Fifth Third Ballpark was nearly $6,000.