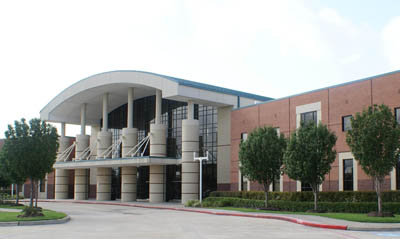 Devoted to helping develop the potential of the more than 52,000 students it services, the Pasadena Independent School District has established itself as the International Center for Leadership in Education’s 2008 National Model School District. Located southeast of Houston (and serving most of Pasadena, South Houston, a portion of Houston, and a portion of Pearland), PISD encompasses 62 schools and employs more than 7,200 staffers.

PISD is the eighth-fastest-growing district in Texas by population. A leader in Texas education, the District leadership recognizes that properly maintained, well-lit school facilities enhance learning for all students. As with most municipal concerns, PISD was under pressure to reduce energy costs—the State of Texas had passed a law mandating school energy reductions (and requiring districts to make public their consumption). In addition to saving PISD (and taxpayers) money, any retrofit project had to be done without disrupting classroom activities, and needed to be finished before a cracked foundation in one school gym was scheduled to be repaired.

An initial lighting audit was performed and then XtraLight designed and manufactured fixtures for installation in two PISD schools as a “test.” After the trial period, Tom Swan, the district’s Executive Energy Project Manager, immediately realized the benefit of a retrofit and decided to retrofit 36 more schools district-wide with XtraLight’s energy-efficient lighting fixtures. Existing light fixtures included metal halide and older T12 fluorescent systems, which gave insufficient (and high-consumption) light. To increase performance and save costs (energy and maintainance), it was recommended to convert T12 fixtures to T8—saving approximately 66 percent on usage—and also replacing the metal halide with T8, which saved more than 50 percent. Maintenance costs saw an immediate savings because the toptier T8 lamps were rated 16,000 hours more than the old T12 and metal halide lamps. XtraLight’s solution resulted in:

PISD officials are currently pursuing a grant that would allow the remainder of the district’s facilities to be retrofit with XtraLight fixtures. 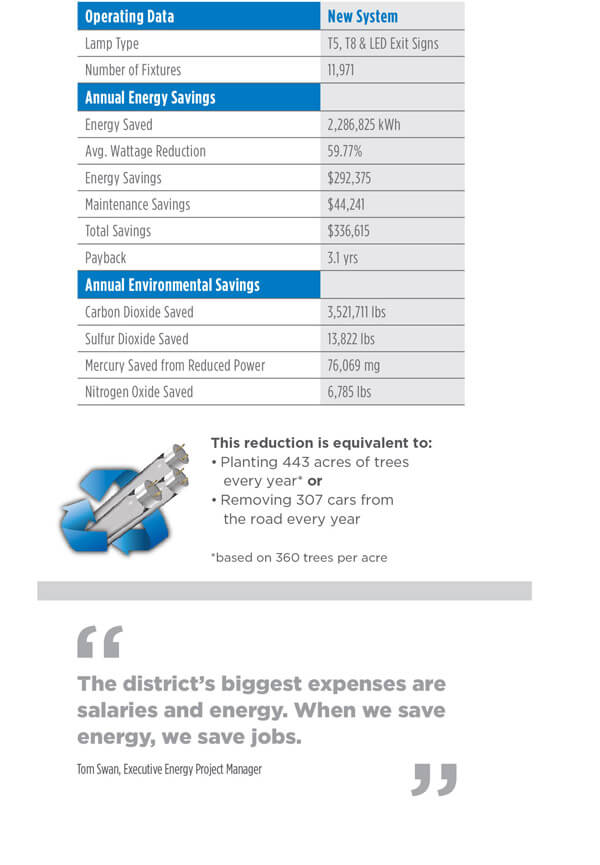