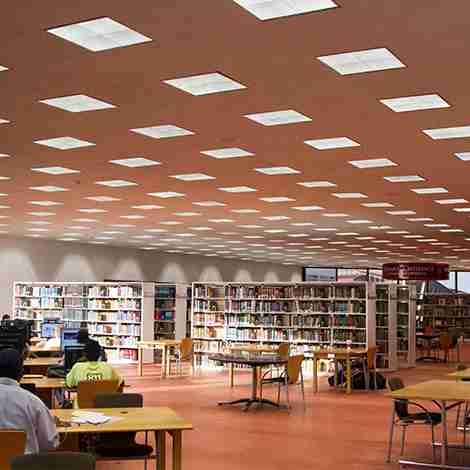 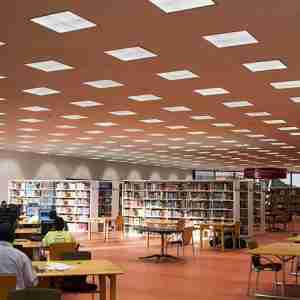 The Parabolic Retrofit Kit (PRK LED) was an economical solution developed specifically for retrofitting the existing parabolic fixtures at the City of Houston’s central public library.

The Houston Public Library is a dynamic organization that serves one of the largest service areas – both population and area – in the country. The Jesse H. Jones building, constructed in 1976, is a flagship facility that spans 103,000 sq. ft over multiple floors. Over the course of its existence it has gone through multiple renovations, including a lighting system that was left in disarray, mostly inoperative and a maintenance nightmare. With a limited budget and visitors literally sitting in the dark, the City of Houston partnered with XtraLight to custom design parabolic retrofit kit solution (PRK LED) after previously considering multiple LED products from other manufacturers.

After evaluating the scope of the project, it quickly became apparent that a new LED solution had to not only be budget-friendly but virtually maintenance free. The existing lighting throughout the building was either 2 ft T12 fluorescent lamps or Biax compact fluorescent lamps. Even at the time of the lighting audit, only 35% of the lighting in the building was actually operational leaving visitors to read and work in the dark. In a couple days the XtraLight engineers had developed the PRK LED, also known as the Parabolic Retrofit Kit. The PRK LED is an economical, high-performing kit that seamlessly transformed the existing fixtures into an energy-efficient LED model. Not only was it easy for the contractor to install on-site, it utilized the existing fixture with no waste. Overall the kit not only created a more consistent modern look for visitors to enjoy but they will perform incredibly well for many years to come.